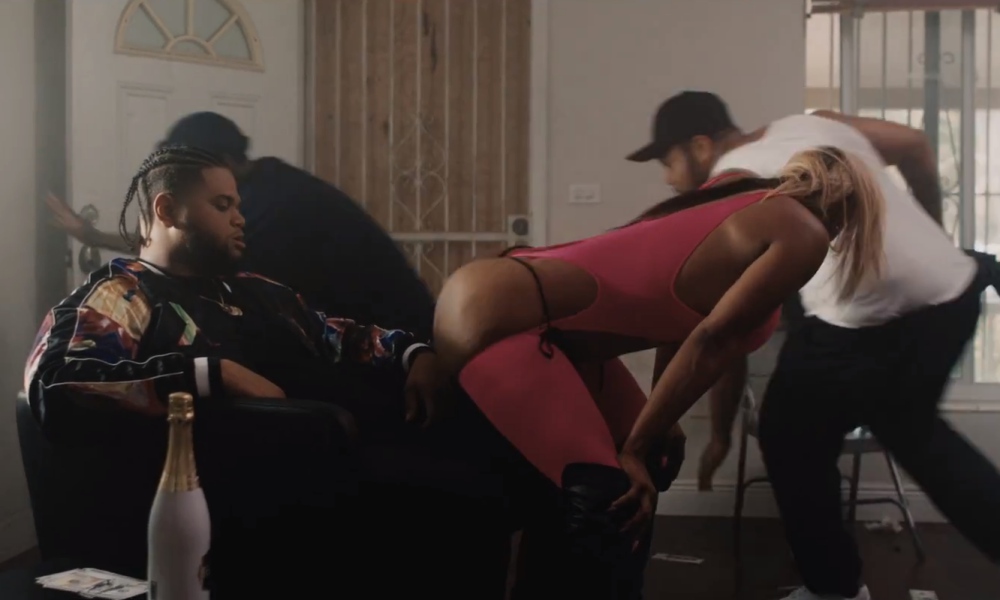 Platinum-selling singer/songwriter TxTHEWAY recently debuted the visuals for “JUMP,” his latest single as a solo artist. Formerly known as T-Baby, the South Florida native dropped the single towards the end of March. The music video that accompanied was directed by world-renowned video and commercial director DREFILMS.

Inspired by TxTHEWAY’s hometown of Miramar, FL, the music video for “JUMP” mostly depicts the typical lifestyle for the everyday Black South Floridian. TxTHEWAY returned to Miramar to film the video. There’s money, trapping, strippers, and the inevitable senseless violence that follows. Though most of the scenes are accurate representations of what one would see if they lived in South Florida, the shot of a stripper dancing on the basketball court is obviously a fantasy; maybe.

The song itself contains that easy going bounce style that’s perfect for cruising the streets in your vintage Oldsmobile Cutlass or Mercedes E-Class. Produced by MOTIV, “JUMP” hits the midpoint between chill and hype. With a chorus that boasts, “Got a whole lot of money in my pocket right now” and “Got a whole lot of homies that’s dead right now,” the song expresses an all too familiar reality of the average street hustler. Especially, when you add in the stresses of law enforcement, imprisonment, and gunplay.

“JUMP” is essentially a reflection piece that captures the good and bad times associated with a certain lifestyle that many people will never know. For those who are all too aware, it’s a reminder of the constant battles that take place when you’re an inhabitant of the streets.

Though TxTHEWAY is considered a new artist, he is definitely not new to the music industry. Besides being a rapper, singer, and songwriter, he’s worked closely as a collaborator with notable artists such as Major Lazer, Jason Derulo, Diplo, and many others. On March 7th, UnitedMasters redistributed signee TxTHEWAY – rapper, singer and songwriter, to film the visual for “JUMP.”

Some of the most popular hits that he co-wrote include Major Lazer’s “Light It Up” ft. Nyla and Fuse ODG. “Light it Up” peaked at #1 on Billboards Dance/Mix Show Airplay chart and became a platinum-selling hit record in the U.S. and internationally. Quite an accomplishment for a new solo artist.

“JUMP” is definitely a siren for the Summer with an impactful message that can inform the masses. So far, the song has garnered approximately 161,0000 hits on Spotify.