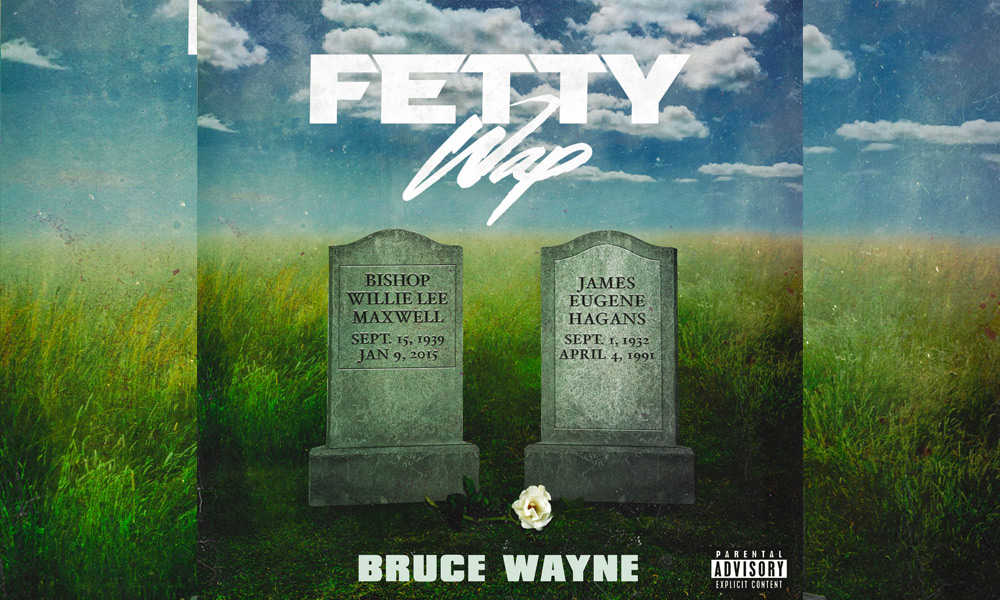 Fetty Wap is gearing up for a resilient return – on his birthday! The Grammy-nominated artist is planning to release his new 11-track mixtape, ‘Bruce Wayne,’ this Thursday, but has revealed the artwork and track listing early for his fans. The ‘Bruce Wayne’ artwork features the tombstones of Fetty’s grandparents, who’ve played an extremely important part in shaping his character and teaching him the importance of giving back.

But what’s equally enlightening is where the mixtape’s title comes from, the character, Bruce Wayne’s charitable initiatives throughout the Gotham storyline, which reflects Wap’s community-based initiatives in his hometown of Paterson, NJ. Fetty gave thousands of gift cards away on Easter and hosted a turkey drive this past Thanksgiving.

Be sure to look out for Fetty Wap’s ‘Bruce Wayne’ mixtape Thursday, June 7th on all streaming platforms at 12 AM/EST.