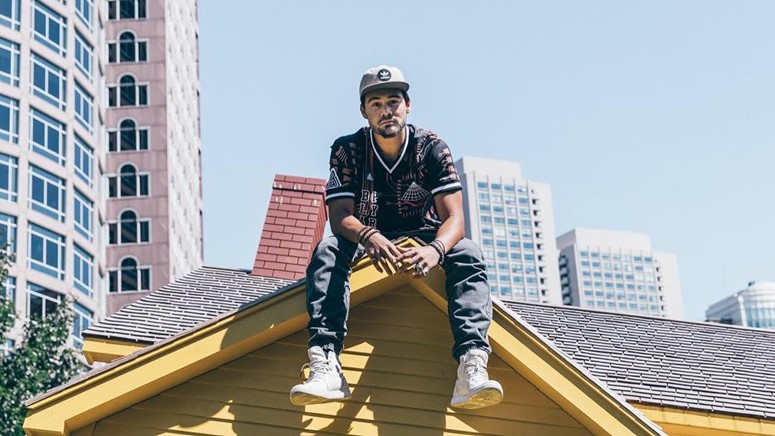 Multi-talented artist Caye shows off his versatility on his new single, “With U,” the lead offering from his upcoming debut album Pink Tree Paradise, due out next year.

“I’ve always found it interesting how people can be so hesitant to be their true selves in front of strangers,” Caye tells Billboard. “In this song, I ask if we can break down those walls and be ourselves. Maybe even consider what it’s like to live in one another’s shoes.”

A sophomore at the USC Thornton School of Music, Caye has been putting the finishing touches on his debut album Pink Tree Paradise. Thanks to his breakout record “Coma” in 2016 — which earned over 5 million streams — Caye’s fan-base has grown exponentially.

Fans can catch Caye on the road this Fall as he joins Chance the Rapper, Major Lazer, The Killers and Odesza at the Superfly productions Lost Lake Festival in Phoenix, AZ on October 22nd. Then he will go on tour this November and December with not-to-be-missed performances in Canada, Indianapolis, Chicago, Pittsburgh, DC capping it off with a special hometown show on December 8th in Boston.

Eve – Put It Down Remix With Brandy

N-Pire Da Great – The One

Khia – Sit Yo Ass Down