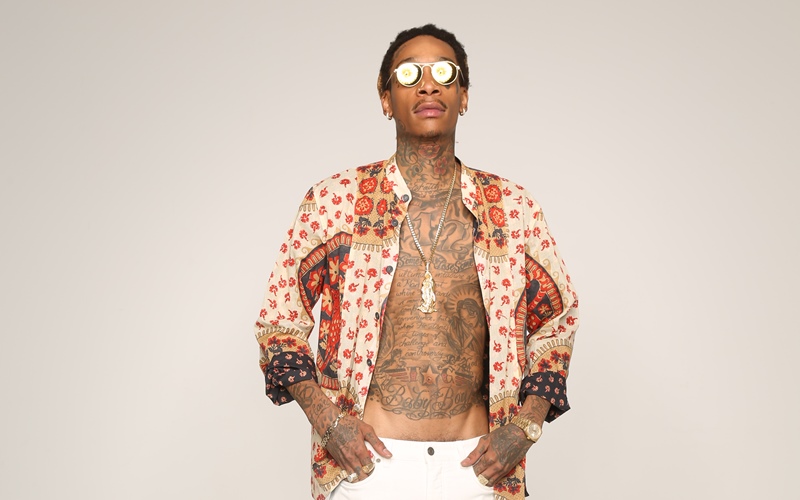 Wiz Khalifa announces that his incredibly successful and groundbreaking Taylor Gang Ent. has signed a label deal with Atlantic Records. After five years of independent distribution, the Gang levels up to major label status, providing a massive opportunity for the imprint’s artists to make an impact on an international scale. The new deal will not affect artists currently signed to major labels, such as Wiz, Ty Dolla $ign, and Juicy J, but will provide a platform for existing and new talent for the rest of Taylor Gang’s roster.

“We are very pleased to expand our business with our partners at Atlantic Records/Warner Music. This is a great step forward for Taylor Gang as we get ready to move into the new year and focus on growth. We are all very excited” said Taylor Gang co-founder Will Dzombak when asked about the deal. Wiz echoed his sentiment, saying he was “Very excited about the deal with the gang. These guys are my family and friends first, now we’re gonna take this this shit to the next level.”

“Wiz is an amazingly talented artist, songwriter and entrepreneur. We’ve been so proud to have him as an Atlantic recording artist for the past six years, during which he also built Taylor Gang into a powerhouse hip-hop brand with a phenomenal fan following,” said Atlantic Records Chairman/COO Julie Greenwald. “We are thrilled to be partnering with Wiz and Taylor Gang to take his crew to the next level, and welcome them to the Atlantic family.”

Boasting a bevy of talented and popular artists, including Berner, Chevy Woods, Raven Felix, J.R. Donato, Tuki Carter and Sosamann, Taylor Gang has grown to be one of the most successful independent rap labels since its founding in 2011. Inspiring intense loyalty in its legion of devoted fans, Taylor Gang artists have earned more than 6 billion plays on YouTube and over 6 billion streams on streaming services like Spotify and Apple Music. With one of the most active touring schedules in music, Taylor Gang has played to millions of fans across the globe, building a diverse and organic fanbase. The new label deal with Atlantic Records will make Taylor Gang an even better venture for artists and fans.

Conceptualized in 2006 and founded in 2011 by award winning rapper Wiz Khalifa, Taylor Gang Ent. has become a hip hop mainstay. The record label and management company is home to a growing number of talented artists, producers, entrepreneurs, and entertainers such as Juicy J, Ty Dolla $ign, Chevy Woods, Berner, Tuki Carter, Raven Felix, J.R. Donato, Ricky P, Sledgren, Sosamann, and Cozmo. With a family of artists and fans combined, Taylor Gang pulls in the support and promotion of an army. Thanks to an unrelenting desire to tour and create the best shows possible, Taylor Gang has amassed an active and authentic following. Through this network, brands are given the rare opportunity to reach both the individual fan bases of those within Taylor Gang as well as the die-hard fans of all things Taylor. Promoting peace, individuality and positivity, Taylor Gang is as much a lifestyle as it is a crew.

The Game Helps Another Child’s Family With Funeral Expenses, Calls on LA to Cease Fire