Twitter was abuzz with an appearance by r North Carolina rapper-turned-actor Petey Pablo (aka Moses Mortimer Barrett III) on the second season premiere of Empire this past Wednesday, now it all makes sense.

Earlier this year on The View, Terrence reveled he’s the one responsible for bringing Pablo on the show to give his character Luscious Lyon some street cred. (In March 2014, Petey was released from prison early after serving 2 years for trying to carry a stolen 9mm aboard an US Airways flight.) And sure enough, Pablo was seen as Luscious’ jail mate on the season premiere. I guess it’s only right to do a song for the soundtrack!

The two recorded “Snitch B*tch”, a hype track calling out the all the streets’ tattle tellers. “You ain’t nothin’ but a snitchin’ a** b*tch, and you know it,” they resound on the hook.

The full soundtrack for the second season of Empire is likely to be released in early 2016. But meanwhile purchase the The Devils Are Here EP on iTunes above ("Snitch B*tch" isn't included).

It was only a matter of time before we heard Howard rap. What do you think? 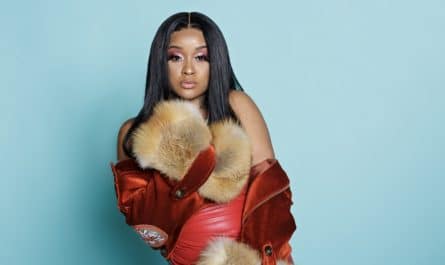