Kanye West primered his visual for "Bound 2" on The Ellen Degeneres show yesterday. The Nick Knight-directed visual places Kanye West and his leading lady Kim Kardashian in what seems to be a green-screened Grand Canyon as he rides through on a motorcycle.

At some point, Kim Kardashian appears sitting on the motorcycle facing Kanye as he raps the verses of "Bound 2."

Watch the full video to see how Kanye and Kim make something that was mostly shot in green screen seem so real and tangible.

Featuring vocals from Charlie Wilson, "Bound 2" marks the second 'Yeezus' single to be given a visual treatment.

West is currently in the middle of his "Yeezus" tour. 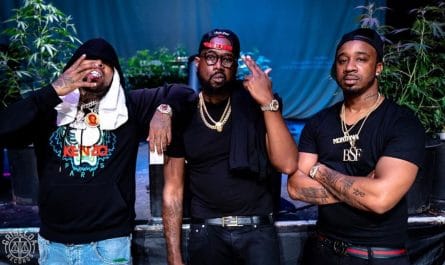 Nicki Minaj – I Don’t Give A